One day, one volunteer

Danièle Soubeyrand :
« I like to be where the action is » 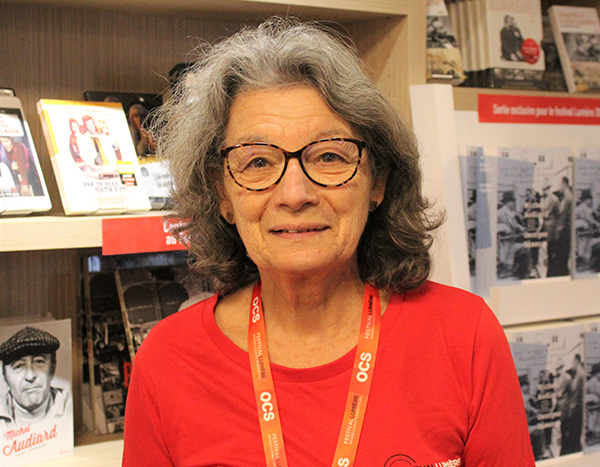 "I like to be where the action is, but also where the reflection is!” Danièle Soubeyrand is one of the familiar faces of the volunteer team that welcomes the public to the Villa Lumière and the Comoedia movie theatre. It has been three years since the ultra-active retiree joined the festival as a volunteer. But before that, this regular of the Lumière Institute lived several lives. A geography teacher at the Boissy d'Anglas high school in Annonay, Danièle was the first deputy mayor of the town and then regional councillor for seven years. Nevertheless, her sense of commitment led her to volunteer very early on. “In 1966, I was on duty in family planning. At the time, contraceptives had to be ordered from Switzerland! A lifelong feminist, Danièle is also part of the Supplément Dame association, which works for equality between men and women. This overwhelmingly energetic Annonean even returned to college at the age of 67 to get a master’s degree in gender studies! Danièle added, “When we came back from New Caledonia, we gave tutoring classes to Kanak high school students”. It was nothing new for this globetrotter, who has also participated in the training of teachers in Niger and Moldova through the retirees’ association, Groupement des retraités sans frontières (Gref). Despite her many activities, Danièle always finds time to see a film, especially to admire her favourite actresses, Jane Fonda and Karin Viard.