The land of broken dreams

Lurking in a deep valley of the Meuse, Seraing, the childhood town of the Dardenne brothers is a backdrop protagonist of the social themes they develop on the screen: industrial decline, precariousness, immigration. 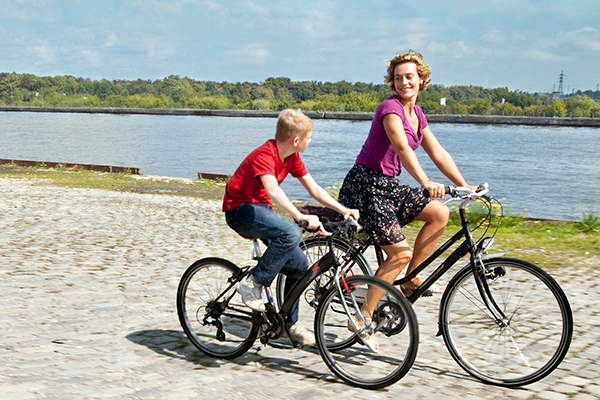 An importance is given to conserving the memory of the lab or movement and of this region in full transformation. A documentary breeding ground for workers' stories in the Liege region, the Dérives collective, created in 1975 by the Dardenne brothers, already has a mission to bear witness to the industrial history of their French-speaking Wallonia. In Le chant du Rossignol (1978), seven resistance fighters recall their struggles in their territory, and in When Léon M.'s Boat Went Down the Meuse for the First Time (1979), Léon's boat follows the canals of the river of an insurgent region...

"The brothers", as they are fondly called in their region, grew up in Seraing, in the suburbs of Liège, an iron and steel basin, where in what is called "the bottom of Seraing", there is an old industrial town built by the history to the rhythm of steel and coal. The turn of the century saw the development of the Val Saint Lambert crystal works, and the coal mines turned at full speed, making the small town a prosperous place, without ever becoming bourgeois. The Dardennes have nevertheless seen this city where they grew up crumble, and inexorably be emptied of its population during their teen years. Towards the end of the 1960s, Wallonia's former industrial flagship collapsed, going from around thirty blast furnaces to the near complete disappearance of these symbols of the territory. The famous Cockerill factories, strongholds of Walloon steel, barely survived. A city of immigration due to its industrial past, sank into destitution and drugs, and was hit hard by a poverty, tirelessly portrayed by the filmmaker brothers, by the lens of. their never distant camera.

FILMS OF THE RIVER

The Meuse, a sinewy river of war, a full-fledged ‘actress’ in their films, was even adopted for the name of their production company, Les Films du Fleuve. A theatre of dramas and multiple drownings, this major commercial axis was also the salvation of a region bombed during the war, where an entire network of mutual aid was set up. In the cinema of the Dardennes, the banks of the river are only sunny in The Kid with a Bike, shot in 2011. Otherwise, the sky is low and grey. The Meuse is an element of decor, just like the slag heaps, mountains of mining residues that dot their works, like the Walloon landscape, or the red brick houses, the matching pavilions, and the unmistakable small plots of ordered gardens.