Students at the Lumière festival 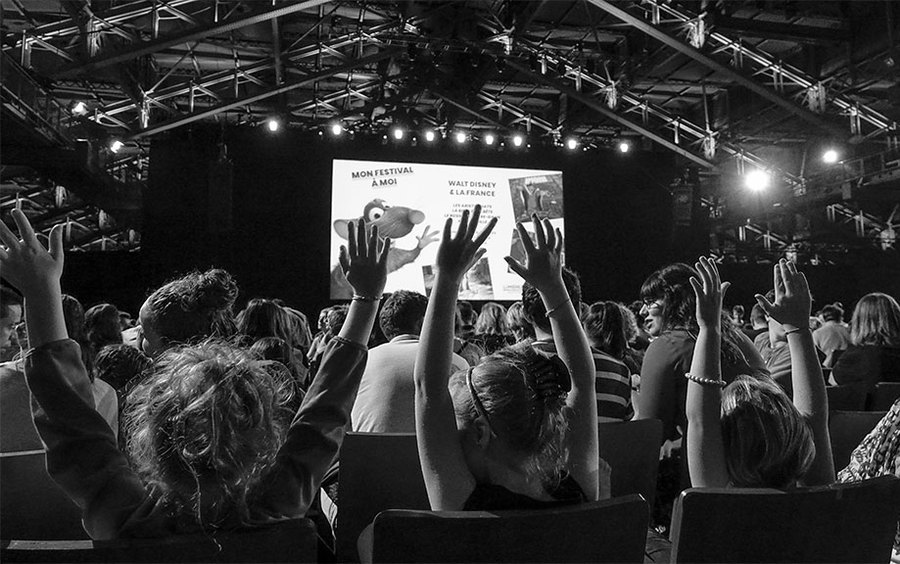 1 / Students at the festival

The Institut Lumière allows students of all grade levels to participate in the screenings. A set number of seats is reserved for each screening for students and their teachers.

The bus trip is coordinated by a Rhône-Alpes region program. Schoolchildren pay a special rate of 4 € (instead of 6 €).

With the support of

PLEASE NOTE: Be the first to be contacted from the first day of school to get the best seats.
Just pre-reserve by clicking here !

Cinema experts go to primary and intermediate schools in Greater Lyon to conduct workshops on the themes of the invention of cinema or the language of cinema.

Five workshops to choose from!

Film music for elementary and intermediate students (from ages 9-14)

3 / A special screening for kids on the giant screen at the Halle Tony Garnier in a 5,000-seat theater!

The Hight School Prize is supported by the Auvergne-Rhône-Alpes Region, which allows 6,000 students to attend the Lumière festival annually. Created in 2014, the first edition resulted in a tie between Pedro Almodovar High Heels and It's a Wonderful Life by Frank Capra. They Were Five by Julien Duvivier was awarded in 2015, followed by Sherlock Jr. by Buster Keaton in 2016 abd Chungking Express by Wong Kar-wai in 2017. The prize is announced during the Closing Ceremony of the Lumière festival at the Halle Tony Garnier before an audienc of 5,000.

RESERVATION REQUIRED FOR ALL OF THESE ACTIVITIES:

For more information, please send an email to Fabrice Calzettoni, head of the education department  of the Institut Lumière: fcalzettoni@institut-lumiere.org